What is the Det?

I get this question a lot. One would think that since I’ve written three novels featuring the organization, I’d have a pat answer. And I do: The Det is a fusion cell of intelligence agencies, Department of Defense, and various foreign branches of government. This answer satisfies some, but only earns a raised eyebrow from the more inquisitive.

Because a problem presents itself when you define any organization using the term fusion cell. For a fusion cell isn’t an organization. That would be an oxymoron, something like jumbo shrimp. Defining a fusion cell is like grasping at fog. You can see it, but try and shove it into a box and it will disappear.

So, how do you define it? First, forget what you’ve heard from the various branches of military. They tend to label just about any interdepartmental unit with the term. In reality, a fusion cell is quite non-military since there exists no hierarchical chain of command. It is formed when divergent organizations collaborate voluntarily for the betterment of all parties involved.

As an illustration, suppose an explosion occurs in a subway station of one of our larger cities. Is it a terrorist attack? A gas leak? An electrical component failure? Should the evidence point to a bomb, no doubt a fusion cell will be formed when intelligence branches such as FBI and CIA corroborate information, manpower, and investigative resources. Even mundane necessities such as office space for a command center and meals for detectives need collaboration – all to further the common interest of catching the individuals responsible.

And like capitalism, fusion cells change and adapt over time. In our bomb scenario, should a connection with a drug cartel be discovered, DEA will be invited to participate. And if they discover the bombing is related to a group that funds terrorism through drug trafficking, the DOD would request access to the resources of the fusion cell if retaliatory action is needed. 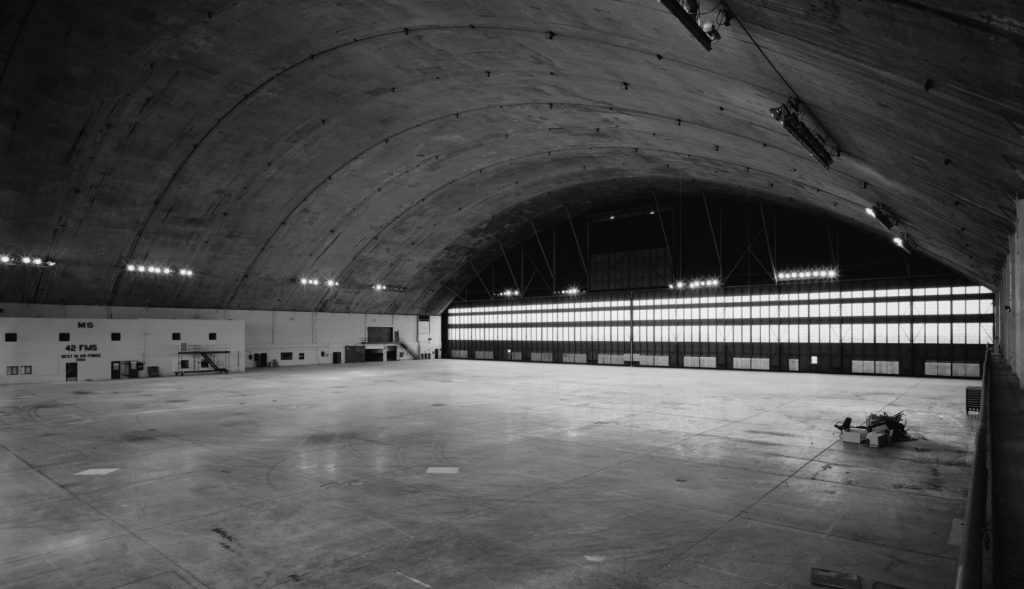 Originally, the Det cultivated the concept of a fusion cell in its purest form. In 2004, at the request of the Joint Chiefs, JSOC initiated a black experiment – an intelligence incubator. They invited the largest civilian intelligence branches – CIA, FBI, DEA – to partner with the Defense Intelligence Agency. JSOC contributed the location, a dilapidated cold-war era aircraft hangar on the west side of Langley Air Force Base, labeling the location Detachment 5. The original purpose for the request by the Joint Chiefs is not recorded, but it soon became evident the experiment found fertile soil. The ongoing cooperation of the various members provided streamlined multisource intelligence. A small group, its efforts focused only on subjects deemed high interest.

Then an unexpected byproduct began to appear. The longer the various co-ops (the name participating agencies gave themselves, short for cooperatives) worked together, an esprit de corps took root. The personnel started to show characteristics of a normal organization, namely self-preservation.

In 2005, Langley’s base commander arrived with his exec in tow in front of Detachment 5’s entry. I interviewed this exec ten years later and pieced together the following account of events. By his request, all names are excluded:

The frontmost section of the building, stretching about the size of a basketball court, rose only a single story and was constructed of drab cast-cement walls. The steel hangar towered behind it, rust eating at the seams. But in the center of the front section a brand new steel door had been installed, painted a fresh Air Force blue. The general swiped his card through a code reader affixed to the wall, but no buzzers sounded. The pair didn’t even receive the normal courtesy of a little red light indicating denied entry. It had no handle, so the general rapped upon it. He shook his hand as if flinging off water, “Thing is hard as the case of an MK-84.”

They stepped around a corner onto a side loading ramp, but those openings were rolled down tight and locked as well. When the general pounded on the overhead door, a master sergeant in a flight suit, TACP patch on one arm, peeked from behind a semi trailer, taking a drag from cigarette. He snubbed out the butt beneath his heel in the gravel, donned a flight cap, snapped to attention, and rendered a smart salute. “Can I help you, sir?”

The general turned and, seemingly caught off guard, returned a bent-finger gesture that would’ve even embarrassed an ROTC cadet. “You the first sergeant of this organization?”

The MSgt’s eyes flitted back and forth, as if thinking of a proper response. “Yes sir…in a way…what I mean is–”

“Out with it! Either you are or you aren’t.”

The MSgt’s face hardened. The edge of his mouth turned up almost unperceptively. “Why, yes sir. I am.”

The general pointed to a roll-down door. “I require admittance.”

The MSgt remained at attention. “I can’t admit you without invitation…sir.”

The general’s neck above his collar grew red. “I don’t need any damned invitation, sergeant! As the commander of this base, I am my own invite. My position is my clearance.”

The MSgt remained straight as a flagpole. “It’s not a question of security sir, but of invitation.”

“I am responsible for the safety of this base. Your presence, and whoever the hell else is inside here, necessitates I understand their operations. ” He raised a hand and flitted it as if shooing a fly. “Why am I explaining this to you?”

“Sir, I’ll be happy to show you around, with an invite. For that just speak with the JSOC–”

At the mention of JSOC, the general’s expressions became more emphatic. He yelled, “I am fully aware JSOC commandeered this facility! But it straddles my security fence, and therefore presents an entry point into my base.”

The exec had, in fact, made many requests to JSOC through proper channels in the prior weeks to determine what was occurring inside the building on their western flank. But no calls had been returned.

The general thumbed the tie on his chest. “I am responsible for the protection of this installation. I sent my Security Police commander yesterday.”

The MSgt’s eyes glanced to the sky, as if trying to remember. “I was here all yesterday, sir. I don’t recall–”

“I don’t give a shit what you recall! I require admittance!”

The MSgt’s smile widened into what the exec described as sinister. He said, “Let’s speak with my CO, sir. He’ll clear this up.” He stepped out quickly toward the blue door.

The general yanked on the hem of his service coat and stomped after him. The MSgt lifted a blue and silver security badge from his chest pocket.

The general mumbled, “The reader’s dead.”

The first sergeant swiped his card and a green light above the device flashed. He turned and faced a security camera hanging from an eave, gave it a polite wave, then the door sounded a deep Clunk! It cracked open and he stepped in, disappearing into darkness. The general began to follow but froze.

A US Marine in full battle-rattle appeared in the entry, interceptor body armor stuffed with plates, M-4 raised at the general’s chest, safety selector on three shot burst, but finger thankfully resting on the trigger guard. Red and black FORCE RECON badge on his shoulder. “Your pass please, sir.”

The general’s face drained to pale.

The first sergeant glanced back from the darkness, only the whites of his eyes hovering on a black canvas. “Sergeant, I am escorting the general to speak with our CO.”

The Marine squinted. His finger moved off the guard to the trigger. “We don’t have a CO yet, Top.”

The Marine stepped back and the door clunked shut.

Later that day, the general later claimed that, after reaching out personally to a couple buddies at JSOC, he spoke with a classmate of sufficient stature at Hurlburt Field, Air Force Special Operations Command. This friend assured him it would be a wise career move to ignore the old aircraft hangar. Requests for base support from that facility would be infrequent, but should be addressed with the utmost urgency as soon as they arrive. Expenses would be reimbursed through MIPR by a fund managed out of MacDill AFB, the head of Special Operations Command. 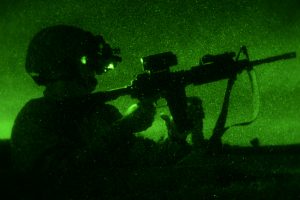 In retrospect, the fusion cell had morphed into exactly what the Joint Chiefs must have originally desired, a black hub of intelligence cooperation, sponsored by joint special operations. Because unbeknownst to anyone until this incident, JSOC had invited select military operators to participate, under the guise of op pre-planning, to reduce the timeline from intelligence gathering to op execution.

But soon the number of ops cleared through the fusion cell, the Det as the operators had begun to call themselves, slowly decreased while the number of operators assigned to the Det as liaisons grew substantially. It doesn’t take much deductive reasoning to surmise that the Det had begun planning and executing covert military ops.

Word spreads quickly through the special ops community and soon duty assignments to the Det became highly sought after. A squadron commander, an honorary CO of sorts, was assigned from Hurlburt and presided over military operations. Many feared the introduction of such a position would ruin the effectiveness of the entire fusion cell. Remember, once you try to shove it into a box, it disappears. But special ops organizations are accustomed to fluid situations and matrixed chains of authority. Thus, the squadron commander allowed the intelligence agencies full autonomy but maintained military discipline amongst the operators.

Requests for ops flow into the Det only from the Joint Chiefs of Staff. All is word of mouth, nothing ever written or recorded. Today, the Det is still considered an experiment, a loosely organized hub of cooperation. Several times it has been suggested it be shut down, that too much responsibility and authority are concentrated within. One would be foolish to deny that those arguments have merit. But it is difficult to shut down a successful operation.

Success is judged by results. And results, the Det provides.